CMR vs. CMP: When to Use Them in Your House?

Lots of customers have found the letters “CM”, “CMR” and CMP” in the product description when purchasing copper cables like Cat5e cable and Cat6 cable. These terms are the most common cable jacket ratings specified by the National Electric Code (NEC). CM rated cables that are designed for general use won’t be covered in this article. Let’s see the difference between CMR vs. CMP in their applications.

Introduction of CMR vs. CMP

CMR cable stands for “Communications Multipurpose Cable, Riser”. It is also referred to as “riser-rated cable” and designed to prevent fires from spreading between floors through risers or vertical shafts, that is to say, it can self-extinguish when ignited. As for flame-resistance, it does better than the CM cable, so CMR cable can be used where CM cable would be required. Consequently, CMR cable is more expensive than CM cable. 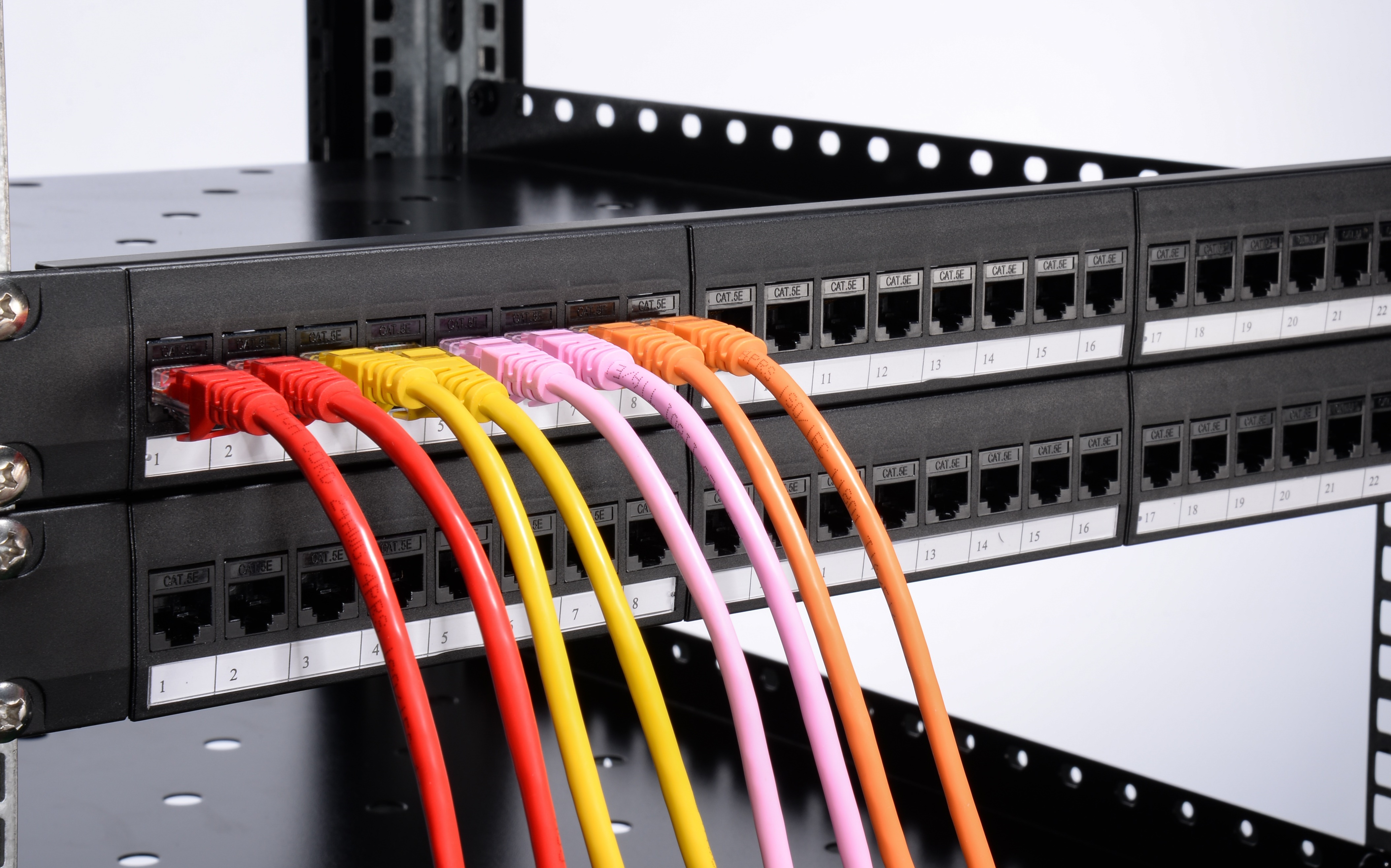 CMP cable stands for “Communications Multipurpose Cable, Plenum”, which is the so-called plenum cable. It is constructed to limit the amount of smoke emitted in case of a fire and prevent flame from spreading to more than five feet. In some places where air travels throughout a building via plenum spaces, it is critical that Ethernet cable is made of the material that doesn’t give off toxic fumes if burned. CMP cable is the one suitable for installation into air plenum spaces.

When it comes to the difference between CMR vs. CMP, as the flammability requirements for CMP cables are stricter than CMR cables, plenum cables can always replace riser cables, but not the reverse. Plenum rated cable is always twice as expensive as riser cable.

CMR vs. CMP: When to Use Them in Your House?

Even though we have read lots of materials telling what is CMR vs. CMP, the knowledge about when to use these cables truly matters for the mass people. Only being applied to the practice, can the theory be tasted. Let’s see the following illustration.
In the picture, the CMP plenum cables run horizontally in the structured ceiling and the dropped ceiling or under a raised floor where is typically considered plenum. This is largely due to the fact that this place is full of fast-moving air as it facilitates air circulation for heating and conditioning systems. The presence of fresh air can bring dander of rapid flame spreading or dangerous gases distribution, thus causing damage to the furniture and threatening people’s lives. Therefore, CMP must be used in air ducts or vents. Typically, it is the prime choice for cabling construction in train station, airport and other public people-intensive places where we must prevent hazards to human health and safety from wiring.

CMR riser cable runs between floors in non-plenum areas as the red line indicates. They are usually run vertically from the basement to the upper floor, so long as the cable does not need to run through an air duct. 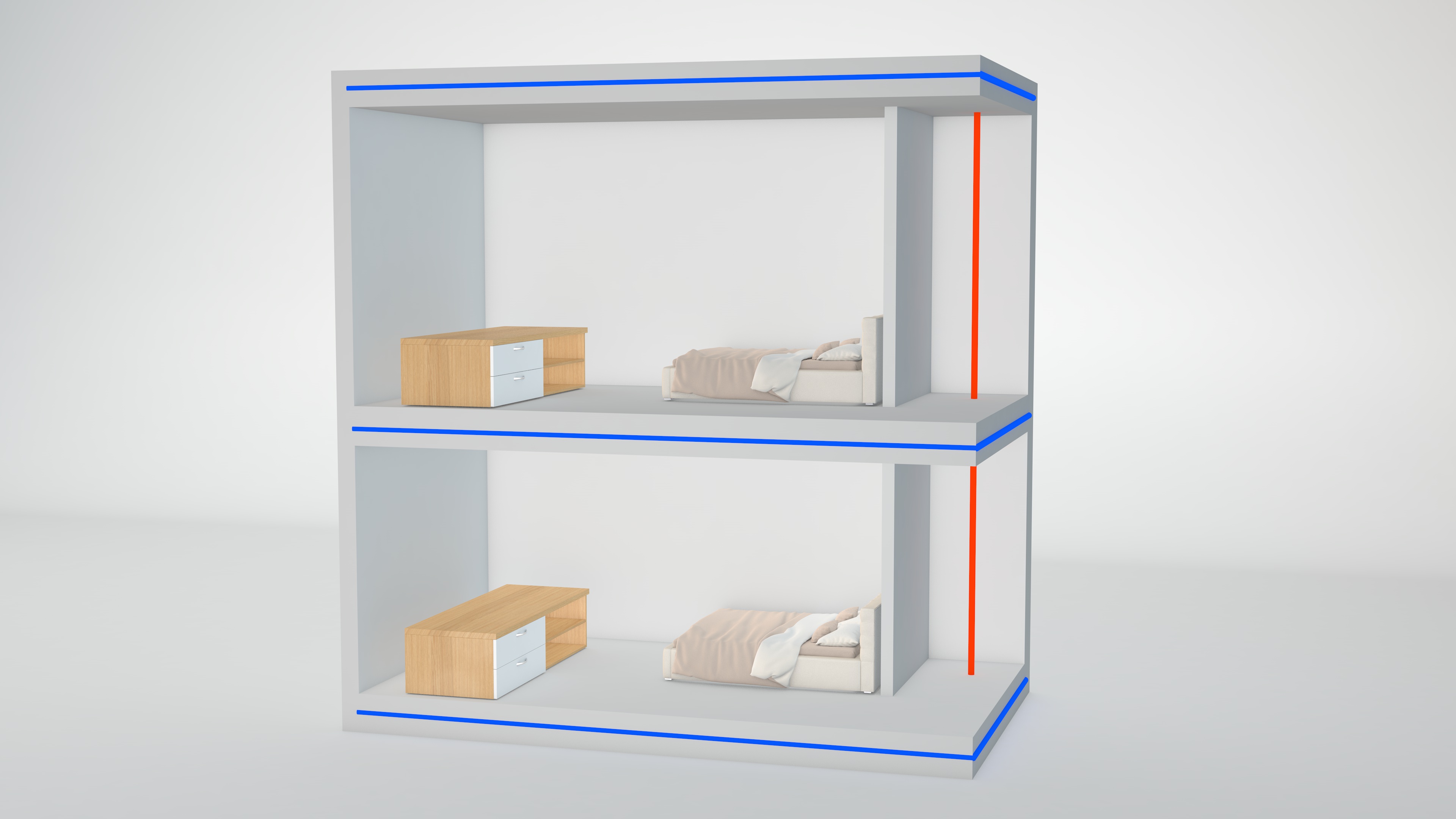 CMP, CMR and the like are the NEC’s ratings for the cable jacket. Different types of copper cables like Cat5, Cat5e and Cat6 cables all have CM, CMR, CMP versions. They have the same exact copper inside. The difference is the outer casing or “jacket” that surrounds a cable’s internal wiring and insulation.

This article covers what is riser cable and plenum cable, when to use plenum cable and riser cable. Choosing the right CMR vs. CMP cable is really important. It not only helps prevent dangers but also avoid unnecessary interference by local authorities if you fail to meet the fire codes. If there are any problem or puzzle during cables selecting or application, FS excellent tech team and sales team would like to offer help.

This entry was posted in Fiber Optic Network and tagged CMR vs. CMP, riser cable vs. plenum cable, what is riser cable, when to use plenum cable. Bookmark the permalink.