ONIE: Why It Is Special for Bare Metal Switch?

Have you ever wondered that one day you could customize switches like the way you configure your own PC? It is actually happening. As vendors researches and develops switch structures by decoupling software from hardware, bare metal switch come into being. The switching technology can be programmed like Cumulus Linux servers. They may appear in a lot more average enterprises in the next few years with ONIE moving into the spotlight.

Bare metal switch, also known as white-box switch, is solely a switch box with a chip inside it. What makes it differ from original network switch? Well, common Ethernet switches, also called closed switches, are sold with hardware and software together. That is to say, if you buy a Juniper EX or MX series network switches, you also buy JUNOS; if you buy a Cisco Catalyst network switch, you have to buy Cisco IOS. This is in contrast to bare metal switches which widen the choice available to network buyers. They can choose components like application, network OS, and driver, depending on their own needs. The segregation of hardware and software fulfills the vision of a more affordable, manageable network and saves the time and funding for more projects, which is really beneficial to business. 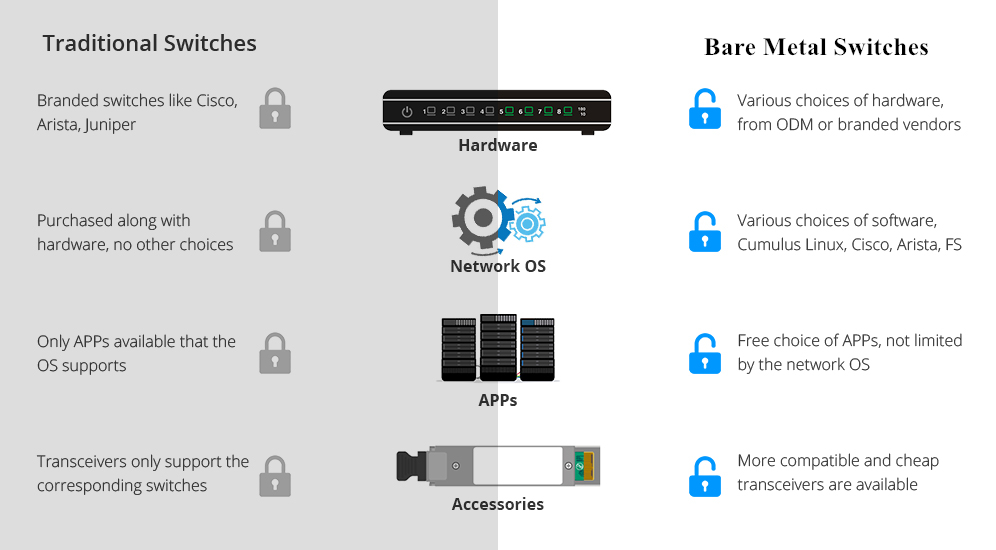 Ins and Outs of ONIE

Introduced by Cumulus Networks, open network install environment (ONIE) combines a boot loader and a small linux operating system. Having been pre-installed on bare metal switches where software and bare-metal hardware are sold separately, customers can freely choose network OS from a range of sources over a network using IPv4, IPv6 and TFTP, or even locally from a USB flash drive. ONIE enables switch hardware suppliers to manage their operations based on a small number of hardware SKUs, enabling a thriving ecosystem of both network hardware and network OS alternatives.

With ONIE, consumers can run any compatible network OS, such as cumulus linux Pica8, and Open Source on the bare metal switch, which dramatically reduces the overall capital and operating cost and breaking through the proprietary traditional network architectures. Moreover, switch & network OS vendors can concentrate on researching and developing switches and operating systems, without being distracted by the minutiae of loading a network OS onto a specific switching platform. 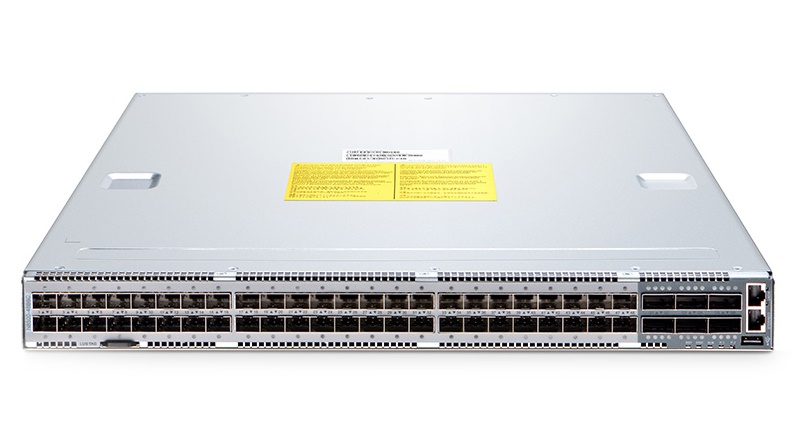 As a component of the open hardware switch platform, ONIE will contribute to advancing standards that define the hardware/software interface. It has now been pre-installed on many bare metal switches, such as FS N8500-48B6C 100gbe switch which also supports current and future network requirements, including an x86- based control plane COM-E with BMC and Timing options for easier integration of automation tools familiar to server administrators. The increasingly mature bare metal switch will in return spur the ONIE to open its arm to more excellent network OS.

Bare metal switch indeed makes our choice flexible and diversified. Moreover, ONIE, presenting an open standards platform for network operating systems, will facilitate the widespread adoption of bare metal switches by making it much easier for administrators to purchase and deploy standards-based network hardware in the same way that x86 servers accept a variety of conventional operating systems.