The Role of EDFA in Optical Fiber Communication

Long-haul telecommunication technology has undergone a tremendous revolution since the introduction of fiber optics technology. We can’t deny that its tremendous capacity for carrying information in digital form is revolutionizing the way people live and work today. And the most recent element adding to the success of these systems is optical amplifier. The purpose of this passage is to provide an introduction to EDFA technology.

EDFA Overview
EDFA, short for Erbium Doped Fiber Amplifier, is an optical amplifier, of which the core is doped with the rare-earth element Erbium. By using the Erbium ions to higher energy levels, we can achieve amplification of signals at 1550 nm and allow high bit-rate transmission over long distance. EDFA amplifier provides a new life to optical fiber transmission as it efficiently makes up the signal attenuation during the long-haul transmission. A sample of EDFA Optical Amplifier is shown below. 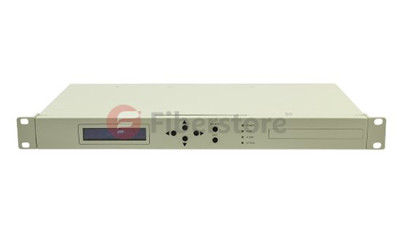 Basic Principle of EDFA
At the heart of EDFA technology is the Erbium Doped Fiber (EDF), which is a conventional Silica fiber doped with Erbium. When this Erbium doped fiber is pumped with a laser of an appropriate wavelength. The erbium ions is excited to a long lifetime intermediate state. And when the photons belonging to the signal at a different wavelength from the pump light meet the excited erbium atoms, the erbium atoms gives up some of their energy to the signal and return to their lower-energy state. All the energies that erbium gives up are in the form of additional photons which are exactly in the same phrase and direction resulting in the signal amplification.

To picture a vivid impression of the principle, let me compare an erbium-doped fiber to a beer-swilling boy who drinks regularly. When you encounter this guy and invite him a pint of beer, he is excited to a higher state of drunkenness, which is just as the erbium ions are excited into higher energy states when pumped by a laser. If you continue the pumping, feeding the boy with beer and the fiber with laser light, both become excited to the point where they can be excited no more. An incoming optical signal can now be considered as a double whisky, which goes into the boy, but instantly comes back out. So the optical signal exits the EDFA having been increased in intensity.

The gain-flattened EDFA is a key component in long-haul multichannel light-wave transmission systems such as the Wavelength Division Multiplexing (WDM). Generally speaking, optical amplifiers may be used within an optical networks as boosters, line amplifiers, or pre-amplifiers, as shown in the following picture.

A simple DWDM optical network, where a number of transmitted channels are combined using a DWDM multiplexer (MUX), amplified using a booster amplifier before being launched into transmission fiber, re-amplified every 80-120km’s using in-line amplifiers, and finally pre-amplified before being demultiplexer and received.