As data centers around the world explore their options for increasing network speeds and bandwidth, 10G has been a traditional favorite, and 40G is not able to keep pace with the requirements. In this case, 100G network appears to be a preferable option to accelerate data flow for those bandwidth-hungry applications. QSFP28 transceiver module hence becomes the universal data center form factor for 100G optical transmission. This article will address the necessity of 100G network, while illustrating QSFP28 transceiver modules used in 100G transmission.

The 100G adoption rate in optical landscape is consistently on the rise for the past few years. It is predicted that over half of the data center optical transceiver transmission will make the shift to 100G. The traditional 10G or even 40G may not be enough considering the explosion of data, therefore, 100G is going to become the new standard, and it has the following advantages. 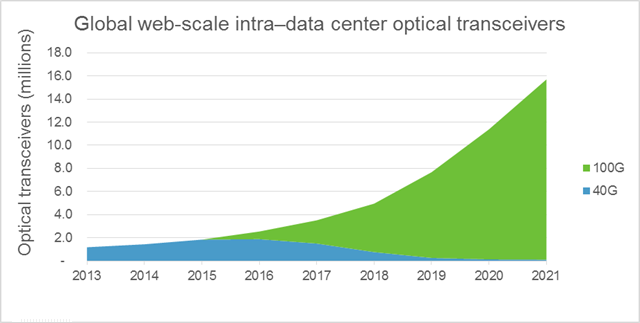 Proactive Scale—100G offers the expansion and scalability to support the reliability, manageability and flexibility demanded of modern networks while preparing data centers for future bandwidth and speed requirements.

Speed and Capacity—100G optical transport will not be enough for data intensive industries. Thus 100G is specifically designed to transport enormous amounts of data with ultra-low latency.

Flexibility—100G will be the preferred technology across long-haul networks. 100G networking can be customized, optimized, and easily expanded to allow for changes in the future.

Cost Decrease—The market transition to 100GE is now in full force. The growth in 100G deployments will undoubtedly drive down the cost of 100G transceiver modules. 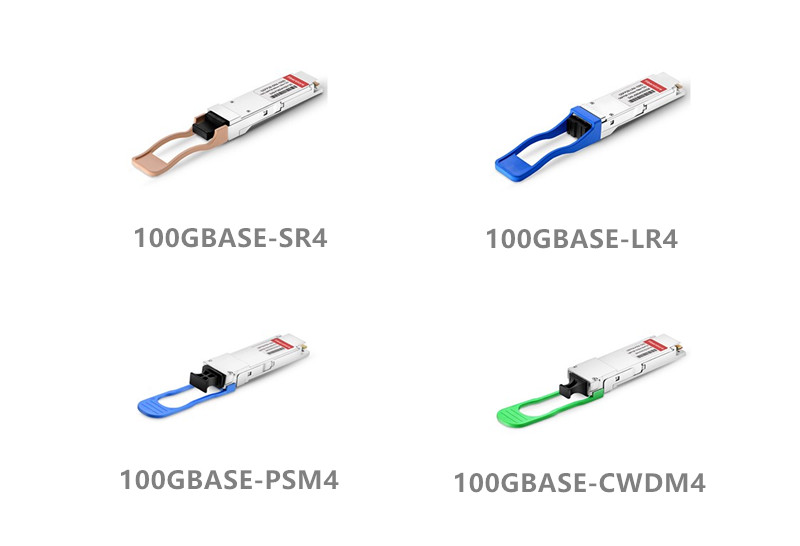 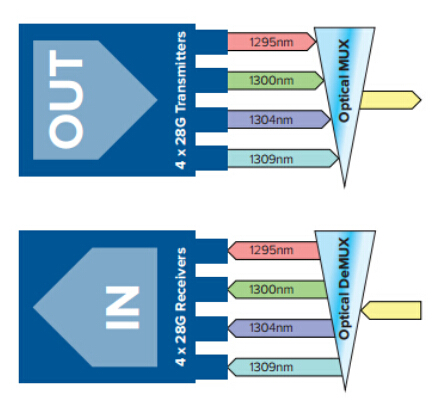 PSM4 uses four parallel fibers (lanes) operating in each direction, with each lane carrying a 25G optical transmission. It sends the signal down to eight-fiber cable with an MTP interface. The operating distance of 100G QSFP28-PSM4 is limited to 500 m. 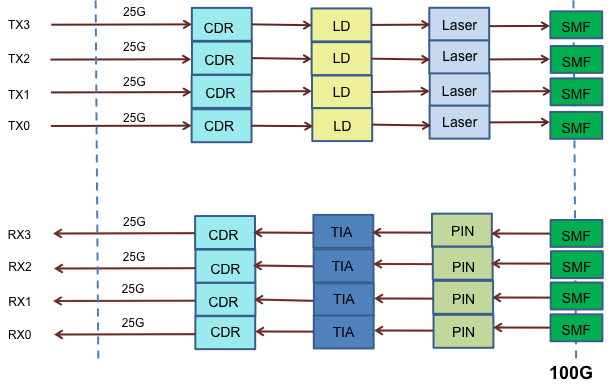 DWDM4 uses WDM technology—an optical multiplexer and de-multiplexer to reduce the number of fibers to 2. It can operate on single-mode fiber up to 2 km over duplex LC interface. Compared with QSFP28-LR4, it has shorter transmission distance and lower cost. 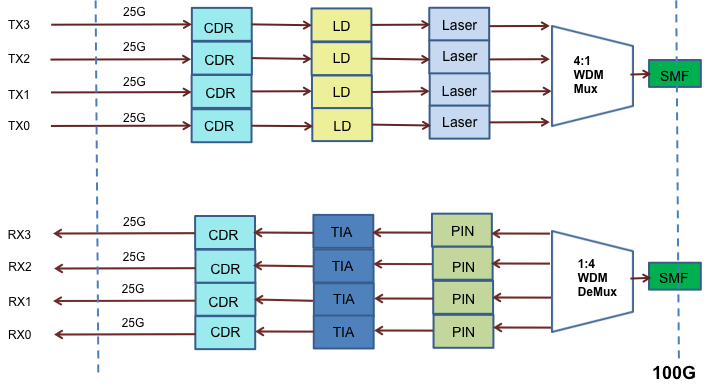 In addition to the QSFP28 transceiver modules mentioned above, cables can also be deployed in 100G transmission. The cables can be either direct attach cables (DACs), or active optical cables (AOCs). QSFP28 DACs offer the lowest cost but are limited in reach to about 3 m. They are typically used within the racks of the data center, or as chassis-to-chassis interconnect in large switch and routers. QSFP28 AOC cables are much lighter and offer longer reach up to 100 m and more.

What Is the Difference Between QSFP28 Transceiver and QSFP+?

These two have the same size form factor and the number of ports, however the lane speeds of QSFP28 transceiver are increased from 10 Gbps to 25 Gbps. The increase in density is even more dramatic when compared to other 100Gbps form factors: 450% versus the CFP2.

How Many QSFP28 Transceiver Modules Can Fit into One Switch?

With QSFP28 transceiver, a one rack-unit (RU) switch can accommodate up to 36 QSFP28 ports. While many more varieties of transceivers and cables (DACs and AOCs) can plug into these ports.

100G QSFP28 transceiver offers direct compatibility with your existing switches and routers, and it facilitates the process of scaling to 100G networks with the simplicity as 10G networks. With higher port density, lower power consumption and lower cost, QSFP28 transceiver is an ideal alternative for large scale data centers, as well as future network expansions. All the QSFP28 transceiver modules presented in this article are available at FS.COM.