Fiber exhaust is an inevitable problem constantly faced by carriers since the demand for higher speed bandwidth never ceases. The ever-improving wavelength division multiplexing (WDM) technology nowadays is increasingly used to boost network capacity, enabling carriers to deliver more services over their existing fiber infrastructure. CWDM, as one form of the mature WDM technologies, is a perfect fit for access networks and metro/regional networks. This article addresses the CWDM fundamentals and its common applications, and how CWDM helps to maximize network capacity effectively.

CWDM Technology at a Glance

Coarse wavelength division multiplexing (CWDM) came into prominence as a cost-effective alternative to maximize network capacity in the access, metro and regional network segments. It gains in more popularity in area with a relatively moderate traffic growth due to its simple deployment and low cost. ITU-T G.694.2 defines 18 wavelengths for CWDM transport ranging from 1270 to 1610 nm, spaced at 20 nm apart. But 8 wavelength in the 1470-1610nm band is mostly used since there exist high attenuation in the 1270-1450 nm band. This technology shines out in access network deployments by obtaining the advantages of flexible add-drop capacity and network design simplicity.

After going through the basics of CWDM technology, this section will further explain its common applications. CWDM is primarily deployed in two areas: metropolitan and access networks. Let’s see how they could benefit from applying it.

Fiber exhaust appears to be a severe problem that carriers endeavor to solve, especially for some metropolitan networks where data traffic increases continuously. Adding CWDM to the original optical network presents a cost-efficient and simple approach to this problem. In this case, carriers can add new services over a existing single optical fiber, while not interrupting service for existing customers. This solution is ideally suited for carriers that desires to increase the already installed network capacity without new fiber construction. 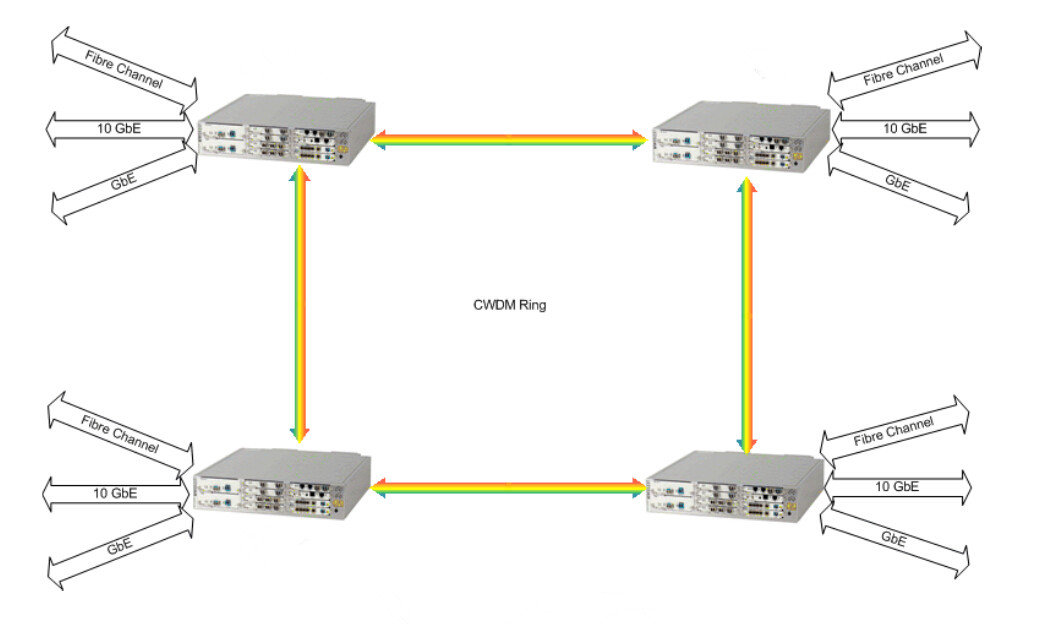 4 channel CWDM system offers an ideal solution for smaller metro/regional markets which demand for moderate traffic growth. This configuration can expand the available capacity four times over an existing network, enabling less deployment cost than the commonly adopted 8 channel system. Meanwhile, the scalability of this 4 channel system also allows carriers to upgrade to 8 channel systems when the need occurs.

Coarse WDM system is also well-fitted for metro-access applications such as Fiber to the Building (FTTB). Let’s take the most widely used 8 channel CWDM network for example, it is capable of delivering 8 independent wavelength services from the Central Office (CO) to multiple business offices located in the same building. 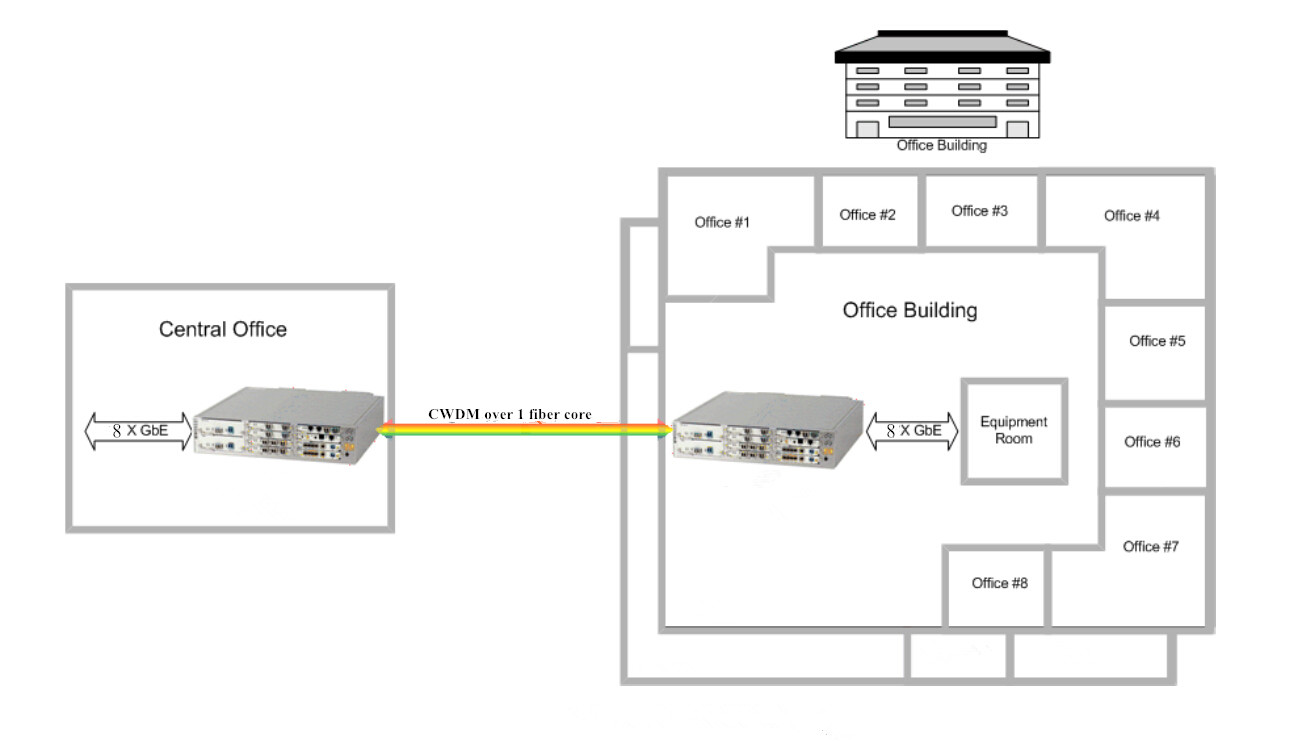 Passive Optical Network (PON) is a point-to-multipoint optical network to deliver bandwidth to the last mile. It is cost-effective because it uses passive devices (splitters for example) instead of expensive active electronics. The issue exists in PON is that the amount of bandwidth they can support is rather limited. Since CWDM serves to multiple bandwidth, when combining it with PON, each additional lambda becomes a virtual point-to-point connection from a central office to an end user. If one end user in the original PON deployment needs his own fiber, adding CWDM to the PON fiber creates a virtual fiber for that user. Once the traffic is switched to the assigned lambda, the bandwidth taken from the PON is now available for other end users, so the access system can maximize fiber efficiency.

CWDM has clearly become the preferred method for increasing the bandwidth of metro/regional and optical access networks quickly, simply and at lowest cost. And it has proven to be sufficiently robust and reliable for upgrading the optical network to accommodate future growth. Hope this article could help to get a better understanding of coarse WDM technology.