Copper SFP vs Fiber SFP: Which One is Better?

The battle between copper and fiber has raged for many years. Copper has been used for a long time while fiber has already established a niche in the industry. Someone even held that fiber might replace copper. This competition of copper and fiber also exists in the field of transceiver module. Actually, there is a measurable distinction of copper SFP vs fiber SFP. This article will make a comparison of their strength and weaknesses.

What Is Fiber SFP?

Fiber SFP is a type of compact, hot-pluggable optical transceiver module, which is widely used for both telecommunication and data communications applications. Fiber SFP modules are commonly available in several different categories: 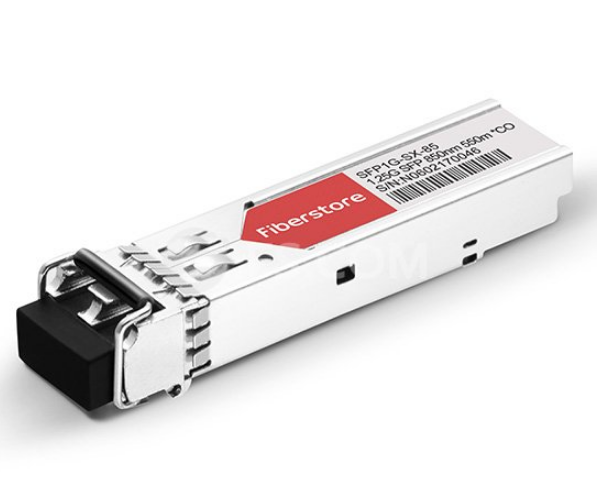 What Is Copper SFP?

Copper SFP is also a kind of SFP (small form-factor pluggable) or mini GBIC (gigabit interface converter) transceiver module. Copper SFP supports 1000Mbps over Cat5 cables with RJ45 connector interface, which allows communications over the Cat5 unshielded twisted-pair copper cable of link lengths up to 100 m. It supports the standard of 10/100BASE-T, 1000BASE-T, 10/100/1000BASE-T transceivers. Among them, 1000BASE-T is the most commonly used which allows a segment with a maximum length of 100 m and allows auto-negotiation between 100Mbps and 1000Mbps. It can be used in data centers for server switching, LANs, for uplinks or directly to the desktop for broadband application. 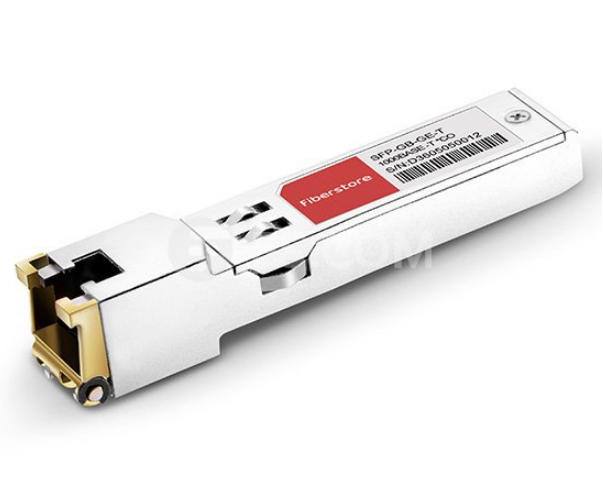 The difference between copper SFP vs fiber SFP will be described in the next part from the aspects of distance, operating temperature, security, interface, and cost.

When it comes to the security in the connection between copper SFP vs fiber SFP, fiber SFP is worthier of being recommended than copper SFP. The reason is that fiber doesn’t conduct electricity, which makes it resistant to lightning strikes.

The SFP devices allow the switch to connect to cables of different types. Copper SFP connects an Ethernet copper cable with the RJ45 connector interface. While fiber SFP commonly connects a fiber optic cable with LC connector. In addition, for short-distance links on a Gigabit switch, it makes no difference if you use SFP ports or RJ45 ports to interconnect switches. The SFP port is mainly used to allow longer distance fiber connections. The enterprise-class switches usually include two or more SFP ports. However, in some case, the switch on one side does not have standard Ethernet ports but only with SFP slots, and the switch on the other side only has RJ45 ports which can’t be fitted with fiber ports. Under this condition, you have to insert a copper SFP module into the SFP slot on the switch, then use a Cat5 Ethernet cable to connect the copper SFP and the RJ45 gigabit port on the other switch.

In fact, copper SFP may be more expensive than fiber SFP transceiver within the same short distance. Copper SFP is popular for short-range backbone applications, as it’s easier and cheaper to use 1G copper SFPs and patch cables. However, with the boom of third-party vendors, fully compatible and trustworthy fiber SFP transceivers have been developed to support lower cost fiber runs. The price gap between 100m copper SFP and 40km 1000BASE-EX SFP fiber SFP is reduced. Thus, added choices are offered for customers to meet their specific demands.

Through copper SFP vs fiber SFP comparison, we can see that each one has its own set of advantages and disadvantages. Nowadays, the solution of mixing copper and fiber is the best practice to ensure the manageable data center. With the developing and unpredictable technology, we’d better think about all aspects of the product to meet our demands.