Huawei Switch Vs Cisco Switch– Which One is the better Choice?

Cisco, as the big brother in the telecom industry, has dominated the market of networking devices (like routers and switches) for a long time. No one can compete with him. Huawei, however, is the rising star in the Chinese market. It ranked 83rd in the latest Fortune 500 list on July 23, 2017. Many people assume that in the near future, Huawei will lead the world instead of Cisco. Thus, in this article, we are going to analyze the strength of Cisco switch and Huawei switch, along with the differences between Cisco and Huawei switches. 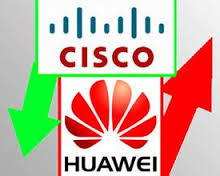 The above table shows the basics of the two companies.

According to Fortune 2017, Huawei, with the revenues of $78.5108 billion rank No.83 in Fortune 500 List, which is also the first time in the top hundred. Huawei is famous for mobile and fixed broadband networks. Recently, their optical switches, multimedia technology, tablet computers also win the heart of customers. Ren zhengfei, founder of the Huawei Technology, once said Huawei’s secret of success is our focus and dedication to our customers. Huawei will embrace a better future.

In the 2016 study, Cisco along with Juniper, Huawei, and Nokia (including Alcatel-Lucent), form a top-tier clearly separated by a wide margin from the other manufacturers. There was a big gap between these four and their competitors, with the sole exception being the price-to-performance ratio. 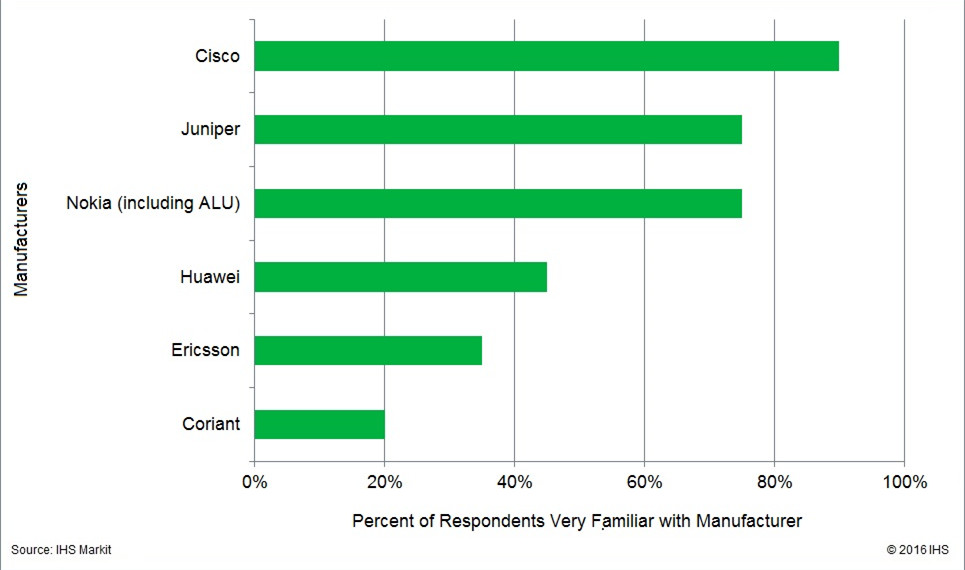 We ask carrier survey respondents to rate their familiarity of service provider edge/core router and /or CES manufactures.

Looking at the individual manufacturer selection criteria, for technology innovation and product roadmap, Cisco and Nokia were numbers one and two, respectively. And for price-to-performance ratio, Huawei at number one. 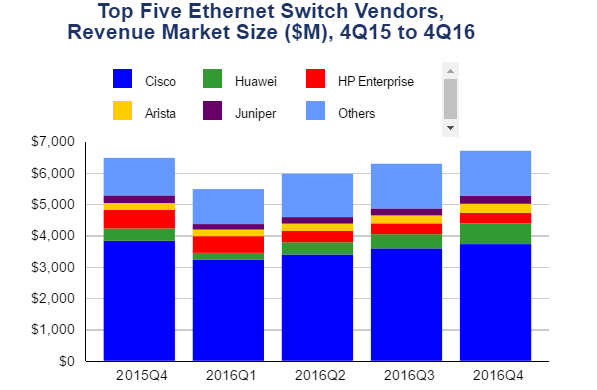 And for the above table, we can see Cisco drops share in the router market; Huawei, Juniper gain & market is rising.

Huawei continued to perform well in both the Ethernet switch and the router markets. For the full year 2016, Huawei’s Ethernet switch revenues grew 61.8%, leading to a market share of 7.0%, compared to 4.4% in 2015.

Why Would People Go for Huawei?

The reasons that Huawei becomes so strong are not only due to the support from the government, but also because of its powerful local support capability. There are bugs in the high-end devices, and this is inevitable. If two Cisco engineers are assigned to solve the problem, Huawei can assign 20 engineers to fix it. Besides, if one major client like CT has customized requirements, Huawei can ask product engineers to work in the CT office as soon as possible, even Cisco cannot do this. This kind of quick response ability is obviously the advantageous factor for Huawei to exceed Cisco in its own home court.

To sum up, each Cisco Catalyst 3850 model, is similar to a S5700 model or is equivalent to one of Huawei S5700 models, which will not be listed here.

Besides the 40G/100G white box data center switches, we also provide a full series of compatible transceiver modules including the SFP, SFP+, QSFP+, SFP28, QSFP28, CFP, etc, which are compliant with the major brand. Custom service is also available.

Cisco switch Vs Huawei switch, we can’t say which one is better than the other. To be considered the No.1 choice for your network, Cisco switches meet the needs of organizations and offices of all sizes and sorts. As for Huawei, it has several product lines that are similar to Cisco devices but have their own network hardware lines and IT solutions for different network demands. Besides Cisco and Huawei, there are other brands that are also effective and reliable, such as FS enterprise Ethernet switches. For more detailed information, please direct visit fs.com.

Unveil the Myths About SDN Switches