What Is Open Networking and How Does It Benefit Customers?

Open networking possesses distinct interpretations in different fields. It gradually picked up steam when adopted in open network switching, attracting flocks of vendors to take a share from the giant and burgeoning market. What is open networking? This article facilitates us to have a close look at it.

What Is Open Networking?

How Does Open Networking Impact on Network Switch?

Open network switching hardware was first adopted by tech giants such as Google and Facebook, followed by a slew of enterprises. Besides, Cisco is jumping on the bandwagon of disaggregation in data center networks. It will allow data center customers to run its Nexus operating system (NX-OS) on third-party switches and to use other network operating system on its Nexus switches. Having been backed by several hyperscale companies, open networking drives the network switch to develop in a decentralized way.

How Can Network Users Benefit From Open Networking?

Open network vs. closed network, flexibility wins. As it is stated elsewhere, open means choices and options. You can configure the devices with equipment, software and architecture designs from different vendors. And you can turn down the affiliated OSes that may be feature-rich for you, and refer to those satisfying your rigid demand. Open networking entitles you to the architectural freedom to deploy the best topology and protocols for your environment. This has also fostered innovation dramatically with technologies and practices, allows enterprises to move faster to capture opportunity in the market.

With open networking, you can save budget on dealing with what breaks down rather than throwing away the malfunctioned network switch. That is to say, if open source hardware fails, then you can change it; if software can no longer satisfy your needs, then replace it with other open source software. For example, some people have encountered the issue that the switch whines loudly. In this case, you can decide to make changes only on the hardware. Targeted troubleshooting also saves time and energy.

From the perspective of the vendor, they can jump out of the scenario where they work behind closed doors, and turn to seek common points while reserving difference from others. You want to survive in the market, you need to be open, inclusive and be compatible to the third parties gadgets. A closed system by definition prevents others from openly interfacing with your offer, thus stifling collaboration and increasing the time to market. FS.COM not only released the open networking switch, but also recently sought cooperation with Cumulus Networks to add the leading open source operating system—Cumulus Linux to the FS N-series 40G and 100Gbe switches. This progress brings high-end features like automation to customers. 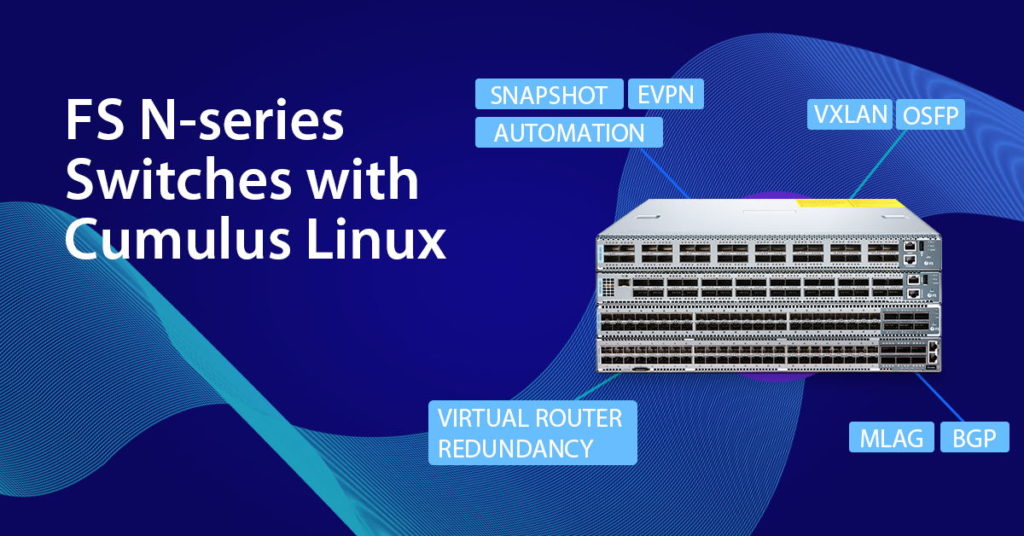 Open networking represents the general trend. As vendors rush in swarms, customers can stay and wait to reap the benefits. Choose what suits your hardware needs from household names such as FS.COM. This freedom extends to every aspect of your purchase including cables and optics.