Should I choose a medium capacity but more cost-effective CWDM solution, or to adopt the cost-prohibitive DWDM approach with comparably enhanced capacity? This is a problem that consistently faced by WDM technology users. The wrong decision, however, may inevitably lead to bandwidth shortage or even potential bankruptcy derived from unnecessary capacity investment. This article introduces the hybrid CWDM-DWDM solution that combines both CWDM and DWDM technologies within a single system, helping decrease costs and simplify installation while maintain the flexibility to upgrade.

How to Deploy Hybrid CWDM-DWDM System

The CWDM wavelength grid typically has 16 channels spacing at 20 nm intervals, with 8 channels (1470 nm-1610 nm) of them are most commonly used. Within the pass band of these channels, it is capable of adding 25 100 GHz spaced DWDM channels under the 1530nm envelope and 25 more under the 1550nm envelope. However, it is not so practical to add 25 DWDM channels in the pass-band of both the 1530nm and 1550nm CWDM channels. DWDM filter technology does allow 38 additional channels to clear the CWDM archway, which is shown as following. 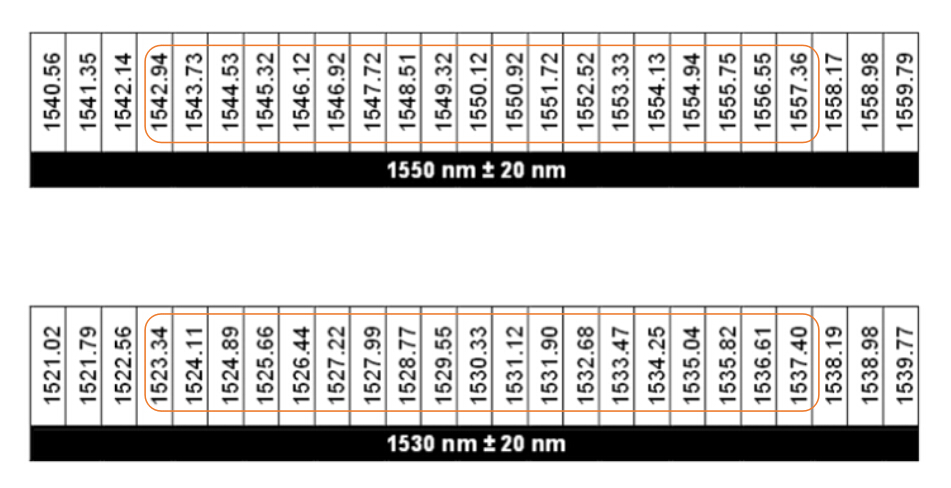 Hybrid CWDM-DWDM system generally offers a cost-effective and future-proofing approach for service providers and end-users, by overcoming the obstacles faced by users of WDM technology today, providing a starting platform that scales smoothly and protecting the investment. A user can commence with the more cost-effective CWDM technology and then later add DWDM in the when the capacity is required. FS.COM FMU series WDM solution makes the process even easier and more flexible. For more information, please visit www.fs.com or contact sales@fs.com.