Twisted Pair vs Twinax: What Is the Difference?

With the development of information era by, the demand for more bandwidth and data transmission to satisfy the ever-increasing number of operating systems and applications is becoming a cumulatively common trend. As the media transmitting signals diversify, the popularization of SFP cable and Ethernet cable or twisted pair cable have been the tendency for data center interconnection applications and can be ascribed to the domination of Cat5e copper cabling and 1000BASE-T over the years. So in this article, we will concentrate on the brief introduction to the cables: twinax vs twisted pair and their corresponding application considerations.

Twinax vs Twisted Pair: What Is SFP Twinax Cable?

Twinax vs twisted pair: how to understand the concept? SFP cable sometimes is called as 10G SFP+ cable. SFP+ DAC twinax cable is a kind of high-speed cable with Small Form Factor Pluggable Plus on either end. SFP twinax cable which displaces two optical modules and an optical fiber with a twinaxial copper cable assembly offering the higher density, lower cost, and lower power 10 Gigabit Ethernet solution than other cable types such as 10GBASE-CX4 and CAT6/CAT6A 10GBASE-T. 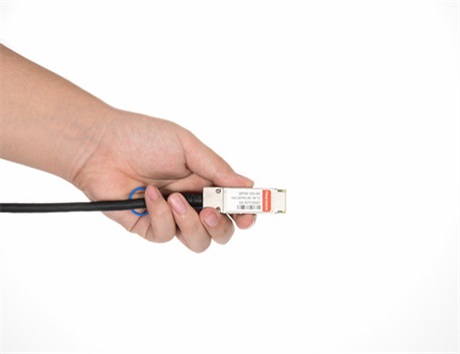 Twinax vs Twisted Pair: What Is Ethernet cable? 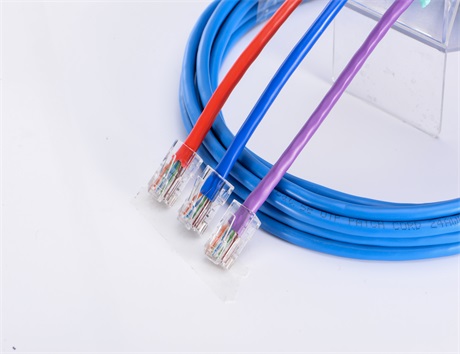 When you are faced with the decision of choosing between twinax vs twisted pair, the following factors have to be well considered. 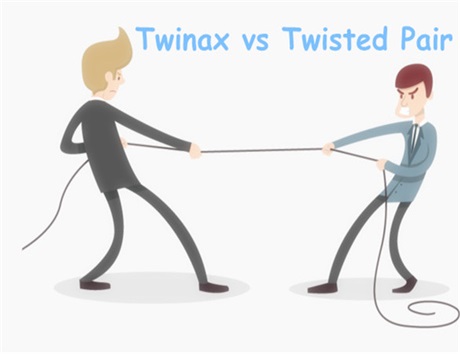 Power Consumption: twinax cable uses a different signal propagation method that makes it consume much less power (something around 1-1.5W per port) comparing to UTP (4-6 W per port). So once you have a lot of ports, this power consumption can be a significant factor in design. Twinax is an ideal 10GbE solution for the server to Top of Rack switch connection for integrated storage and data network since the performance of low power and more reliability.

Cost: SFP twinax cable is a lower cost alternative to traditional fiber and twisted pair copper cabling in data center applications when you include the switch, NIC and cable. SFP+ DAC provides better cable management for high-density deployments and enhanced electrical characteristics for the most reliable signal transmission during the process of twinax vs twisted pair.

From this article, you could have a good idea of twinax vs twisted pair. As you can see, there are always two sides to everything. However, you can still make your decisions according to the actual demand from the perspective of transmission distance, power consumption, and budget. Fiberstore can provide high-quality fiber optic cable with different types and SFP twinax cable and twisted pair cable as well.