In general, the most commonly used are unshielded twisted pairs which consist of four thin copper wires with two of them twisted together. Each copper is wire wrapped in the colored plastic insulating layer, and wrapped with a layer of the plastic coat as a whole. Unshielded twisted pairs adopt RJ-45 interfaces, so they are also called RJ-45 cables. Normally, UTPs can be classified into 5 types: Cat5, Cat5e, Cat6, Cat6a, and Cat7. This post will explain the Ethernet network cable types and specifications in details.

Cat5e (Cat5 enhanced) is an enhancement over Cat5, and has superseded Cat5 since 2001. It’s designed to greatly reduce crosstalk. Compared to Cat5, Cat5e patch cable is better at keeping signals on different circuits or channels from interfering with each other, and it has higher SNR (Signal to Noise Ratio), smaller delay error, and greater performance. It can handle 1000 Mbps speeds (gigabit Ethernet) at 100 MHz and it’s used for 1000BASE-T. 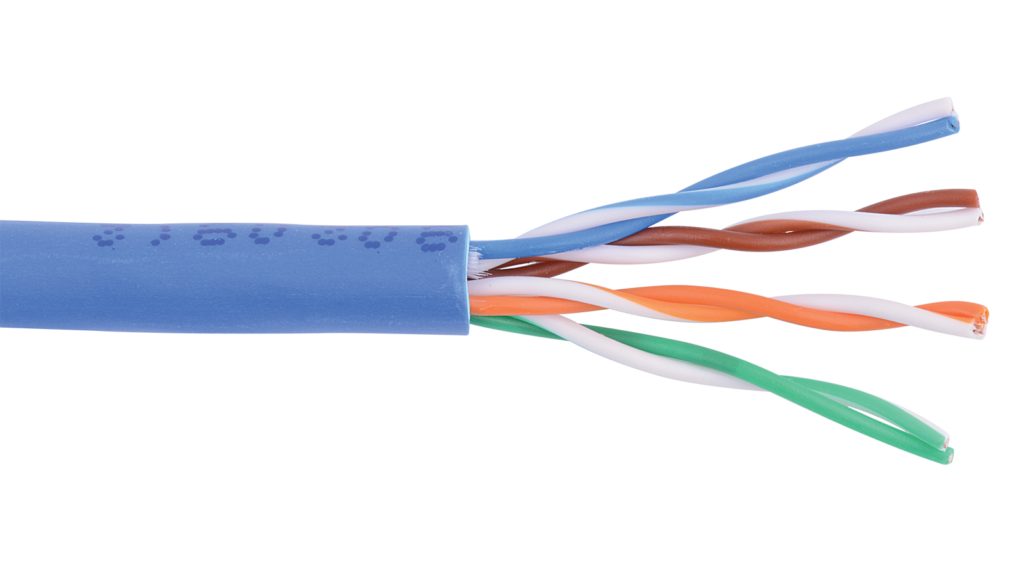 Cat6 cable is a major improvement over Cat5e. It has a stronger resistance to signal interference. It’s suitable for up to 10Gigabit Ethernet at 250 MHz. Compared with Cat5 and Cat5e cable specification, Cat6 features more stringent specifications for crosstalk and system noise. To better tackle the problem of crosstalk, Cat6 installs an internal separator that isolates pairs from one another, and it has greatly improved the performance in echo loss. When used for 10/100/1000BASE-T, the maximum allowed the length of a Cat6 is up to 100 meters (328 ft). For 10GBASE-T, an unshielded Cat6 should not exceed 55 meters. 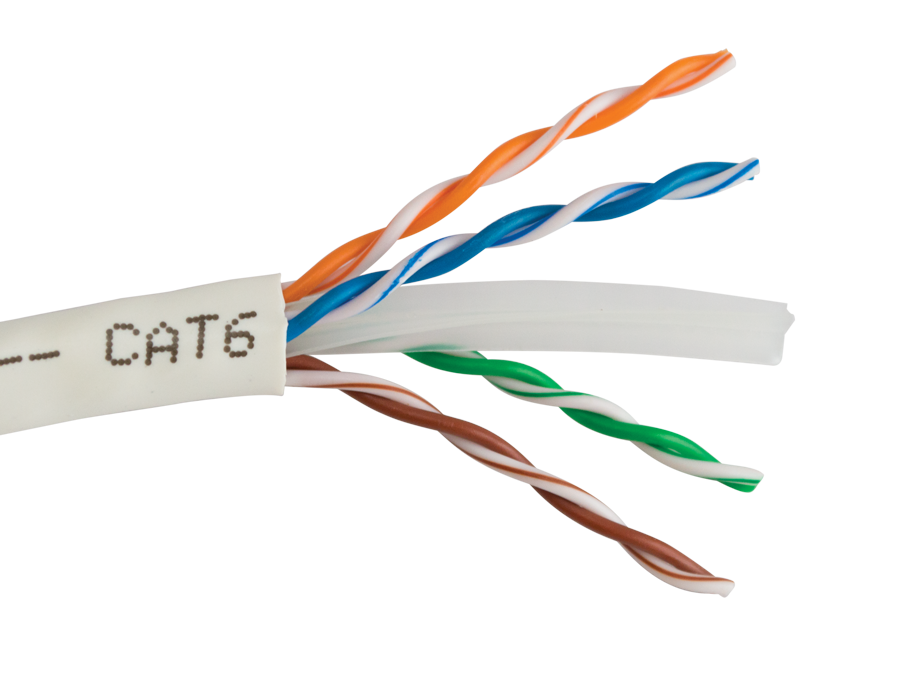 Cat6a (or Augmented Cat6) is capable of supporting data transmission rates of up to 10Gbps at a maximum bandwidth of 500MHz, twice that of Cat6. Compared to Cat6, Cat6a has improved strikingly, especially in the aspect of alien crosstalk. Since Cat6a has additional and tighter twists with additional insulation to reduce crosstalk, it has exhibited high alien noise in high frequencies. Besides, the size and weight of Cat6a have been reduced and slimmed down by 10% so as to make room for cable bend radius in the cable tray, patch panel and behind a wall outlet.

Cat7 UTP, informal name for the ISO/IEC 11801 Class F cable standard, is a kind of twist pair, and it is not currently recognized by TIA/EIA. Cat7 cable is designed to support data transmission rates of up to 10Gbps at a maximum bandwidth of 600MHz over 100 m of copper cabling, 6 times larger than Cat5e and 2.4 times larger than Cat6.

Hopefully, this brief guide will help you get to know about the Ethernet network cable types and specifications. If you would like to know more or need assistance when choosing the right cabling infrastructure, welcome to visit our website www.fs.com for more detailed information. FS will provide more choices and better services for our clients.

Related Articles:
How to Choose Cables for Power Over Ethernet?

How to Wire Cat5e Ethernet Cable

Patch Cable vs. Crossover Cable: What Is the Difference?